Bright blessings to you and your kin

But we will try

To Highlight all we’ve done and seen.

The QANTAS lounge is now a second home

As we have travelled

From Qld aerodrome to aerodrome

Twice to Mackay for family and band

To see all the Camerons

Then this December, to Townsville we flew

Michelle & Matt’s engagement; with the crew.

Just glad to arrive safely, in one piece!

While in Rockhampton, it was lovely to see

~ Owen and Ruth & his thriving family

(Especially seeing as Ruth was told she wouldn’t see much of 2017.  The Myeloma is in remission! *flailing Kermit arms*)

Lex went on a Band Trip, we know what happens there

Playing (up) in Mackay and Rockhampton square.

Of course, The Clan rehearsed and performed for all

While in May, Haydn & Jasmine pronounced

A new little Cameron would be announced.

In September, we decided to splurge on a FitBit

To monitor our steps

We’ve stepped and we’ve waved our arms around

And get that golden record of steps equalling 10 000!

Caithe’s heartrate when sky-high in November; she felt feverish

To only find out

She had Ross River fever and had been eating too much liquorice (seriously!)

She organised 30 ladies to go on a Retreat

For a weekend of Soul Empowerment – no easy feat.

Just before Christmas, on the twenty-first

We’ll have a party

With family and friends from far & wide

Acknowledge this milestone by her side.

With mulching & mischief during his stay.

With travel, tasks and investigations – it’s all a blur

He’s on a wee break

He’s found training and study is not such a chore!

In August 2018. We plan to travel overseas

To an even deeper and longer degree. Yippee!

Over Queensland, for laughter and profit.

We lost some loved ones during the year

With sadness, memories and tears.

With only four weekends at home

We certainly toured & travelled while having lots of fun.

Laughter and smiles in big measures.

The choicest blessings from above

Peace, prosperity and happiness too…

All these and more are our wishes for you! 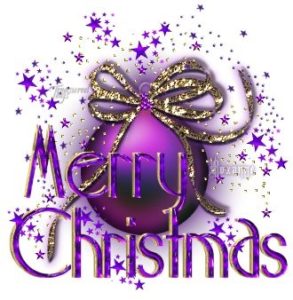